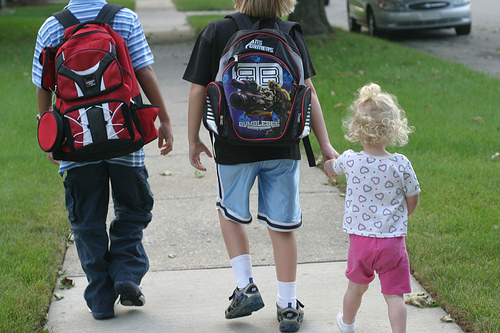 An intellectual disability poses many research issues relating to identification, terminology, and laws of mental retardation.  Through better understanding these concepts, one can greater appreciate those affected by them and perhaps find ways to resolve them.

IQ scores, for the population, are found on a normal curve.  Those individuals with Mental Retardation fall two standard deviations from the mean of the population and consist of approximately 2.3% of the population.  For those children, from 1983 to 2002, to be considered mentally retarded, they had to score approximately 70 or less on the Wechsler Intelligence Scale for Children and the Stanford-Biner.  A child that scores above 75 or more on these tests may still be considered mentally retarded, if the clinician indicates that the individuals adaptive skills are greatly impaired due to intellectual functioning.

These IQ tests that children take are often criticized, as they cannot necessarily define a child’s level of functioning.  The tests are based highly on verbal skills and academic functioning, which is correlated with the child’s successfulness at school.   These skills however may not be strictly limited because of cognitive functioning, but rather a result of physical impairments, different cultural background, a bad day, the time, the location, and a number of other variables.  Children’s scores on these tests may also change over time when they undergo intervention.

It is important for all individuals to remember that intelligence is a hypothetical construct.  People assume that it takes a certain level of intelligence to perform the specific tasks on the IQ tests. It is also for people to remember that just because they or their child scored low on the IQ test does not mean that they are limited in their ability to learn. Through intervention, the score can be raised. They may need to work harder than some others, but they too can be very successful.

Articles related to ‘Intellectual Disability: How to Find Identification’

3 thoughts on “Intellectual Disability: How to Find Identification”