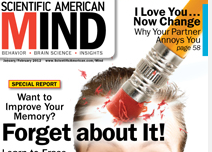 Stuttering is something that affects roughly 5% of children and usual roots itself from about 2-4 years of age. It tends to be a genetic trait that according to new research found in Cortex affects more than just speech. Speech is the most predominate part, however, so it’s what others notice.

Stuttering often starts with the consonants K, G, and T be repeated and may lead to other sounds. Less than 1% of children continue to experience stuttering into adulthood. It is often worsen when stressed by other factors such as crowds. The individual may suffer other facial twitches as well.

The newer research suggests how stuttering emerges from a brain structuring way, so if you think this problem might be effecting your child talk to your doctor right away. As with most developmental things, the sooner the diagnosis the better the outcome.

According to lead author Martin Sommer, a neuroscientist at the University of Göttingen in Germany,the results suggest that the left-hemisphere defect underlying a stutter causes trouble with sensory integra­tion in general, rather than specifically speech-related problems as was his­torically thought. “Like in stroke pa­tients, the right side seems to jump in and compensate,” Sommer ex­plains. But that part of the brain did not evolve to handle those tasks, so problems—such as a stutter—can emerge.            – Scientific American

A speech Pathologist can diagnosis and treat the symptoms.