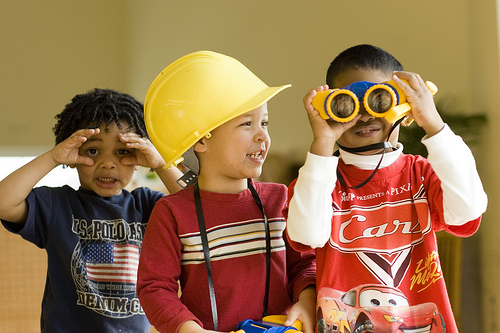 People learn through different processes that are affected by internal and external factors. Many psychologists and other professionals through personal philosophies and organized research have theorized upon these processes of learning. One such process is the Social Cognitive Theory. Social Cognitive Theory is based on a behaviorism approach, which is very applicable to those with emotional and behavioral disorders

Social Cognitive Theory comes from a psychologist, Albert Bandura. It dates to 1986 and stems from his prior theory called Social Learning Theory. It is considered a behaviorist approach that can help to understand, predict, and modify behavior. This approach therefore is applicable to those with emotional and behavioral disorders. The Social Cognitive theory states that human behavior is full of reciprocal, dynamic, and triadic interactions that link with personal factors, environment, and behaviors. The links between these are often built vicariously and can be used to predict future behavior. It is believed by this theory that one’s own cognition builds one’s reality and as a result everyone sees things from their own skewed perception.  Genetics, sex, ethnicity, temperament, and environment all influence behaviors. This specific theory believes highly in symbols that serve as mechanisms for thought, meaning symbols allow for problem solving and can be used to predict one’s actions. This theory also believes in forethought or the ability of a person to motivate themselves and guide their actions anticipatory. These forethought lead to expectations, which again can influence behavior. Self-regulatory systems are in everyone to regulate thoughts, feelings, and procedures.  They make it possible for us to choose our behavior and actions, and are often guided by morals, social standards, and personal biases. Bandura believes that self-regulatory systems can be monitored by self-efficacy, a type of self-reflection, which again will guide one’s actions and behaviors. Self-efficacy is based on one’s personal history, observation, and physiological state.

Behaviorism principles are based on ideas that learning happens through passive absorption. The social learning theory and the behaviorism approach seem to contrast the other theories and principles the most, but are linked to them with retention of information, rather subliminal or more blatant.

Working with Those with Emotional Disabilities

One thought on “Social Cognitive Theory”